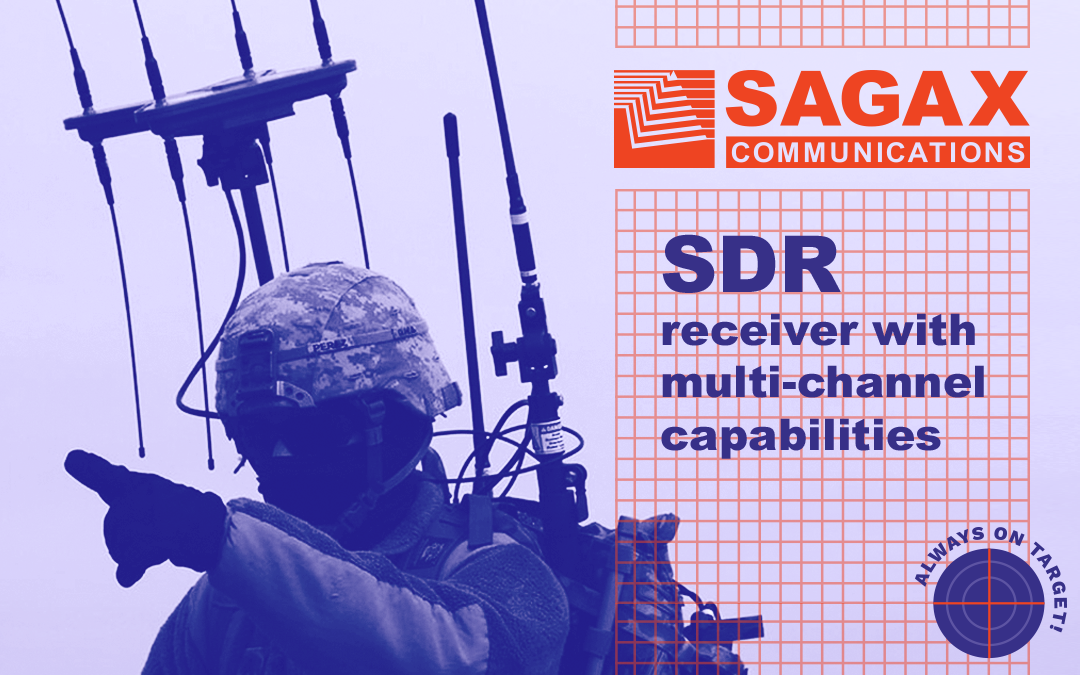 The Quadrus SDR receiver platform – including the DRU-244A digitizer card and the SRM-3000 SDR receiver software – is ready to provide phase coherent signals. This platform feature makes it possible to use it in interferometric direction finding and digital beam forming applications. Furthermore it is possible to record signals as standard windows wave files for off-line processing. Feel free to subscribe to our newsletter here for additional informations and other technical resources.

Firstly the DRU-244A digitizer hardware contains 4 Analog-to-Digital Converter (ADC) chips connected to a common sampling clock source. Secondly the output of the ADCs is routed to the on-board Field-Programmable Gate Array (FPGA) through Digital Signal Processors (DSPs), which contain four Digital Down Converters (DDCs). Thirdly the decimated samples are routed to the host PC via the PCI bus. On of the main features of the DRU-244A hardware is that all of the sampling and decimation is phase coherent and synchronous. The sampling clocks and even the start of the DDCs synchronized employing trigger signals implemented in hardware. The samples can be kept in sync within the SRM-3000 SDR receiver software by explicitly turning on this feature on the control panel.

To begin with, in this experiment we’ve used a passive or resistive power splitter to provide the signals for each of the RF inputs of the digitizer card. As a first step, each RF input was connected with cables of the same length to the splitter. Later 8 m of RG-223 coaxial cable was inserted in one of the signal paths to add phase shift to one of the channels.

During the tests we’ve used three test frequencies 4.5 MHz, 9.4 MHz, and 16.1 MHz. We tuned the receiver to the given signal in USB operation mode and generated a ~1 kHz sine wave at the audio output.

One can easily record a channel’s audio output in the SRM-3000 SDR radio software to an (almost) standard wave file, which then may be processed off-line using other tools. In the following examples, we’ve used the Matlab environment to display the time domain wave form and to calculate the power spectra and phase information of signals. As mentioned above, in order to make coherent SDR channel recordings, the user has to explicitly turn on the synchronous recording mode on the user interface.

We’ve made recordings for only the first channels of each DDC block. As a reminder, the DRU-244A SDR receiver platform actually contains four dedicated hardware DDCs in each signal processor. It has one wide band signal input, so, it makes sense to record only one of the output channels, as the phase delay will be the same for the rest of the channels of the same DSP.

The output was recorded to a wave file, and subsequently read into Matlab to display the time domain. Not surprisingly, we see the four (noisy) sine waves with no phase difference among them.

It is very hard to observe phase delay in time domain, thus, we’ve employed frequency domain calculations as well for the delay. Besides to calculate the complex spectrum of the input signal you can use FFT. It contained the amplitude and the phase of each signal. We can get the phase difference between the different signal paths by subtracting the calculated phases.
As we can see on the figures, the phase differences give the same value as the previously calculated estimates.

To sum up the Quadrus SDR receiver platform – including the DRU-244A digitizer card and the SRM-3000 SDR receiver software – are ready to provide phase coherent signals. Furthermore this platform feature makes it possible to use it in interferometric direction finding and digital beam forming applications. At least but not last tt is possible to record signals as standard windows wave files for off-line processing.