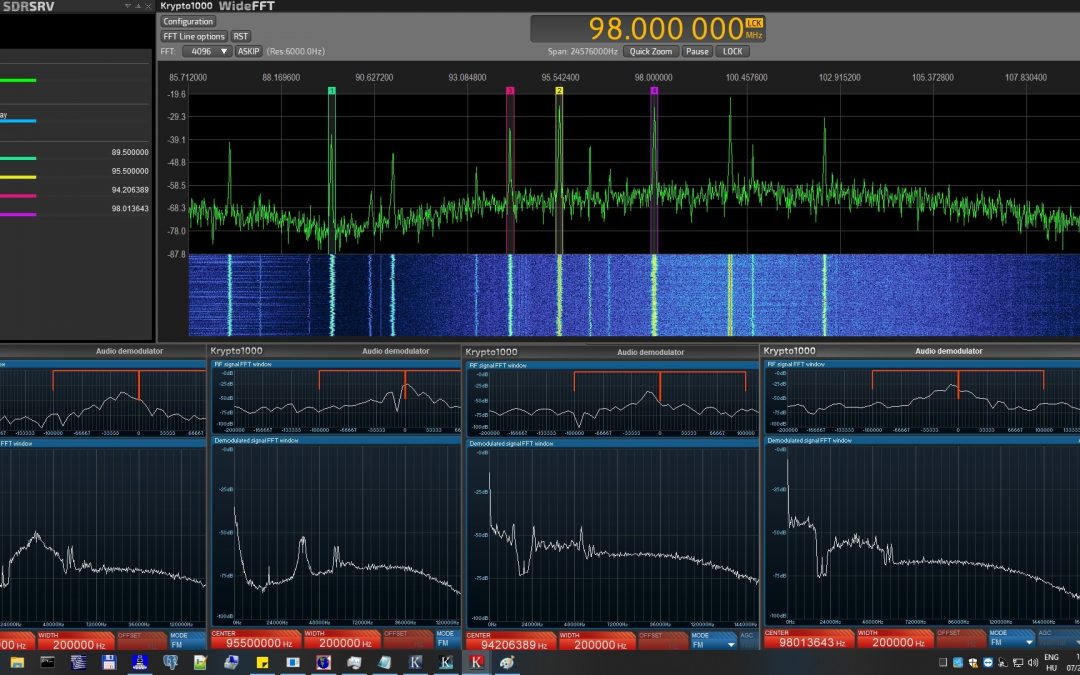 To begin with, in spectrum monitoring and signal and communications intelligence systems the sensor and the processing subsystems are usually separated. Above all, capturing the RF signals from the spectrum with adequate bandwidth, sensitivity and dynamic range is the challenge that the spectrum sensor or receiver have to solve. The sensors usually deliver continues stream of samples on IP (Internet Protocol) based higher layer protocol on ETH (Ethernet) over switched network, or direct peer to peer connection with some lightweight protocol like PCIe or Aurora from Xilinx.

SAGAX Communications recently released a wideband spectrum streaming option for their receiver product line including the SRS-3000 Search and intercept receiver, SRM-3000 Monitor and collect receiver, SSS-3000 Record and playback server. It is ready to deliver up to 24MHz spectrum in form of data stream over the standard 1GbE network connection. On the other end COMINT Consulting Krypto1000 wideband signal analysis and decoding software suite is ready to accept and capture the stream. Also process and present the spectrum, and run large number of demodulators on the selected emissions in the spectrum.

Due to the very efficient programming and the extensive experiences of spectrum monitoring and signal processing in both sides the achieved 24MHz bandwidth is ready to cover overall operational HF band or large portion of VHF/UHF bands too. In the Krypto software suite the number of demodulators only limited by the processing capacity of the hardware platform.